The Art of Living

Last night the thought came to me as I lay in bed just how precisely unique each reader of this blog actually is and it's reasonable assumption that within the continuum of the parallel realities we inhabit as a transit of contingencies, this uniqueness is by no means repeatable, or prone to any definition, or for that matter measurable or describable yet this uniqueness is perhaps similar to art, art that cannot be transcribed to any medium. Similarities poised toward the incommensurable.
I thought about this for quite some time before slipping below the surface of a waking dream.
My entrancement within this life also led to ruminations on what can best be described as an approach, a formulation in progress, conceptual modeling and imaging. This morning I was thinking specifically in this regard toward two remarkable women in the arts who have materialized this situation in equally remarkable expressions. The binding agent perhaps that connects this writer, the reader and these artists as one lens are the expressions of making the materialization of the transcendent, a living work in progress. 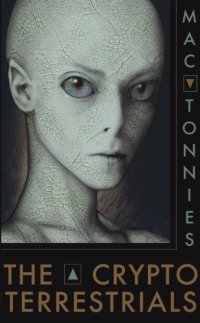 In the last several posts, I have examined the UFO culture as well as the popular media’s presentation of paranormal subject matter which covered the landscape largely in sociological terms, with the exception being the transience of UAP phenomenon lodged between coherence and chaos. A common theme to all of them is how we image the unknown, which qualifies as a creative process whether this is arrives in the mind’s eye by  intention, need or simply an expression of nature.
Mac Tonnies while primarily a writer, delved into several aspects of expression, one of which was his series of self portraits which seem to portray a mirror in which he placed himself under a microscope, as if he were examining a foreign object. The thread buried in the study of the anomalous is the questions that revolve around the nature of consciousness, or consequently how it is defined as well as how it projects, examines, is led here and there.
One could safely say that living in this world is more of an art than a science, and some have used this in turn to reflect and examine this art in more than one means of expression.
I highly recommend  a website entitled Trans-D Digital, a website that within it’s own description “explores art, nature mysticism and the transdimensional”
Some of you may be familiar with Dia Sobin’s work as the illustrator and digital artist of Tonnie’s book “The Cryptoterrestrials” and if you have not had the experience of appreciating this remarkable woman’s art and her ruminations on living, it is well worth a visit.
http://trans-ddigitalart.blogspot.com/ 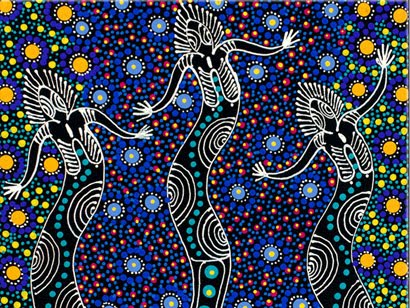 Another remarkable woman who weaves the strands of consciousness into the expression of unique arts is known as Aquila Ka Hectate, who, in a former incarnation in this life was a physicist and astronomer and whose views of South African culture as well as traversing what might be described as classical animism, who also expresses in a wondrous way,  life as art and has a deep appreciation of the natural environment . Another website that is a nexus of what the Sufi's term the "weavers art" is more than well worth investigating and sharing. The word that comes to mind when ruminating on the substances of her postings is the transubstantiation of nature as well as her sharing with Gregory Bateson, that the natural world is sacred as spirit(s) whom we have yet to align ourselves with any sense of grace in mind.

Posted by Bruce Duensing at 8:09 AM 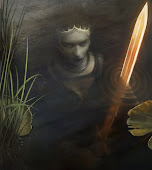